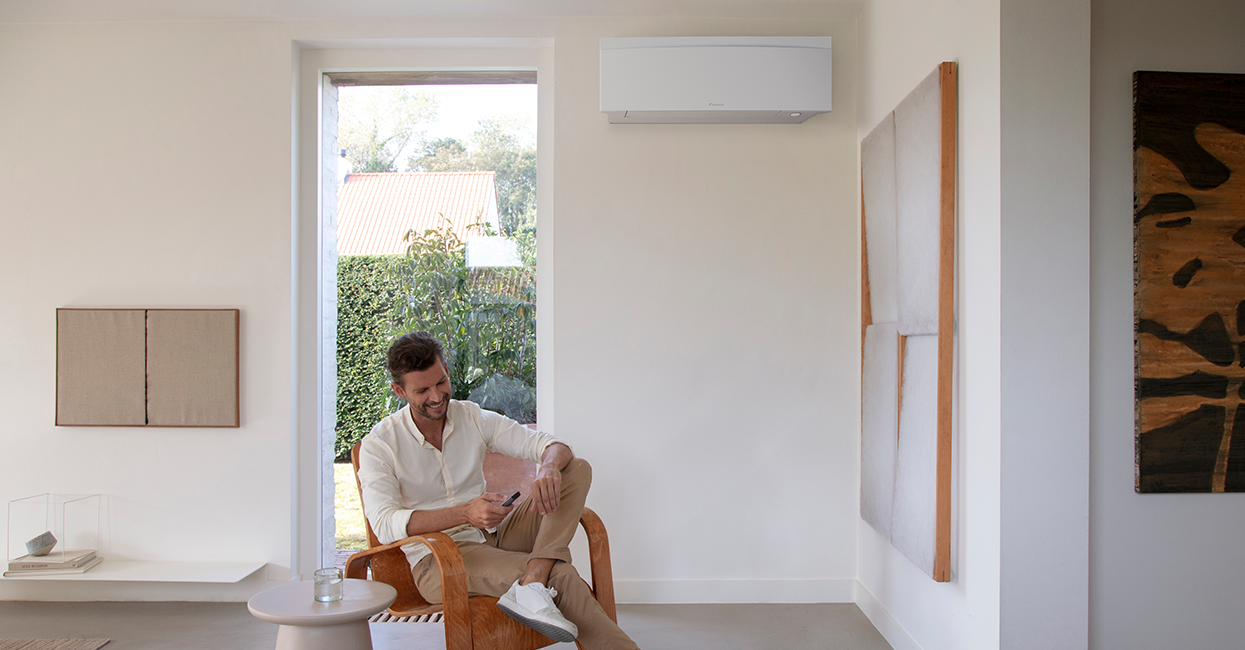 A history of air conditioning: from Ancient Egypt to modern Europe

The history of air conditioning goes back as far as the times of the Ancient Egyptians, but the forerunner of the modern air conditioner that we know today was invented in relatively recent times, at the beginning of the 20th century.

The last decade in particular has seen an increase in air conditioner home use across Europe. The immediate thought is that with rising temperatures and hotter summers, people are installing air conditioners for their cooling ability. Of course, while this is a significant factor, people are also turning to air conditioners as an all-in-one solution to both cooling and heating their homes. Also called air-to-air heat pumps, modern AC units are extremely energy efficient, using a high proportion of renewable energy to power the system. Not only does this reduce energy bills but it is also a far more environmentally friendly option than traditional gas or electric heating systems.

The reasons behind developments in air conditioning

Have you ever stepped inside an old castle or church on a hot summer’s day and felt an instant drop in temperature? One thing that all historic buildings across Europe have in common is thick walls and high ceilings. This architectural design meant that these structures stay cool in summer and retain heat in winter. Modern homes no longer have this built-in function so alternative cooling and heating methods are needed.

The history of modern air conditioning indicates that AC systems were first developed for use in the workplace. Initially invented to maintain a constant climate to ensure the quality of products in manufacturing, it was also found that by keeping indoor climates at a constant ambient temperature and humidity, the productivity among the workforce increased.

As the computer industry took off, air conditioning became a necessity to keep equipment at a constant temperature to prevent it overheating and shutting off. AC is now essential for the vast number of server rooms across Europe and the world. Similarly, in the realm of medicine, constant temperatures are vital in pharmaceutical research and development laboratories as well as in hospitals.

Some cities, known for their influence in both business and leisure, would not exist as we know them today without air conditioning. Parts of southern Europe, America, Japan, Asia and Dubai would not be habitable for the large populations that now live, work and visit there, if air conditioning was not in constant use.

Increase in air conditioner home use due to climate change

Throughout the latter part of the 20th century and up to the present day, climate change has had a noticeable impact on temperatures in most parts of Europe. This means that more and more people are turning to AC units for cooling their home.

The most recent developments in air conditioning have resulted in AC systems that heat and cool your home using energy extracted from the air. Daikin air conditioners use around 20% electricity, giving them up to an A+++ energy efficiency rating. Not only does this result in lower energy bills, it also has far less impact on the environment.

A timeline of air conditioning history

Air conditioner use over the centuries

The Ancient Egyptians used architectural design for conditioning air. They created natural ventilation within buildings to keep them cool inside. They also used an evaporative cooling method by hanging wet reed mats over doorways and windows.

During the time of the Roman Empire a vast network of aqueducts was constructed. Whilst the primary role was to transport water to where it was needed, they also developed a way to use cold water from the aqueducts as a form of early air conditioning. The wealthy people of the time would have cool water pumped into pipes in their walls, which kept their home cool in the summer months.

Ding Huan, a craftsman during the Han Dynasty in China, invented a 3-metre wide human-powered rotary fan which was used to cool the members of the emperor’s court. This was later adapted to be driven by water from fountains, the resulting spray added evaporative cooling to this early air conditioning system.

There are historical references to wind catchers developed in the Middle East as early as the 5th Century. These towers were built on rooftops and as the name suggests, they were designed to catch the cool breezes and direct them down into the home.

In 1748 William Cullen, a Glasgow university professor was the first to demonstrate the refrigeration effects of evaporative cooling.

In 1820, British scientist Michael Faraday discovered that by using compressed liquified ammonia, the surrounding air could by chilled as it was allowed to evaporate. In 1842, American physician Dr. John Gorrie developed the idea of using compression to reduce temperature to create ice. He used this concept for cooling hospital rooms in Florida.

What is the future of air conditioning in the home?

According to The Future of Cooling Report released by the International Energy Agency in 2018, air conditioning accounts for nearly 20% of the total electricity used worldwide. It is therefore crucial that technology is focused on ensuring that, despite the increase in air conditioner home use, it is as efficient as possible and has a minimal effect on the environment.

The way forward is to harness renewable energy sources within the technology used to heat and cool our homes. Daikin development already uses energy from the air as the main power source for air conditioning. This, combined with inverter technology to adjust the motor speed, has resulted in our air conditioners having high energy efficiency ratings. The combination of both cooling and heating make Daikin air conditioners an all-round efficient and economical means to maintain a comfortable climate throughout your home year-round.

Daikin’s goal is to become carbon neutral by 2050, with the aim of achieving a 30% reduction in carbon dioxide emissions by 2025. As part of this plan, we continue to promote heat pump technology as an energy efficient alternative to traditional combustion heating technology as well as pursuing further developments in air conditioning which will improve energy-saving and reduce the impact on the environment.